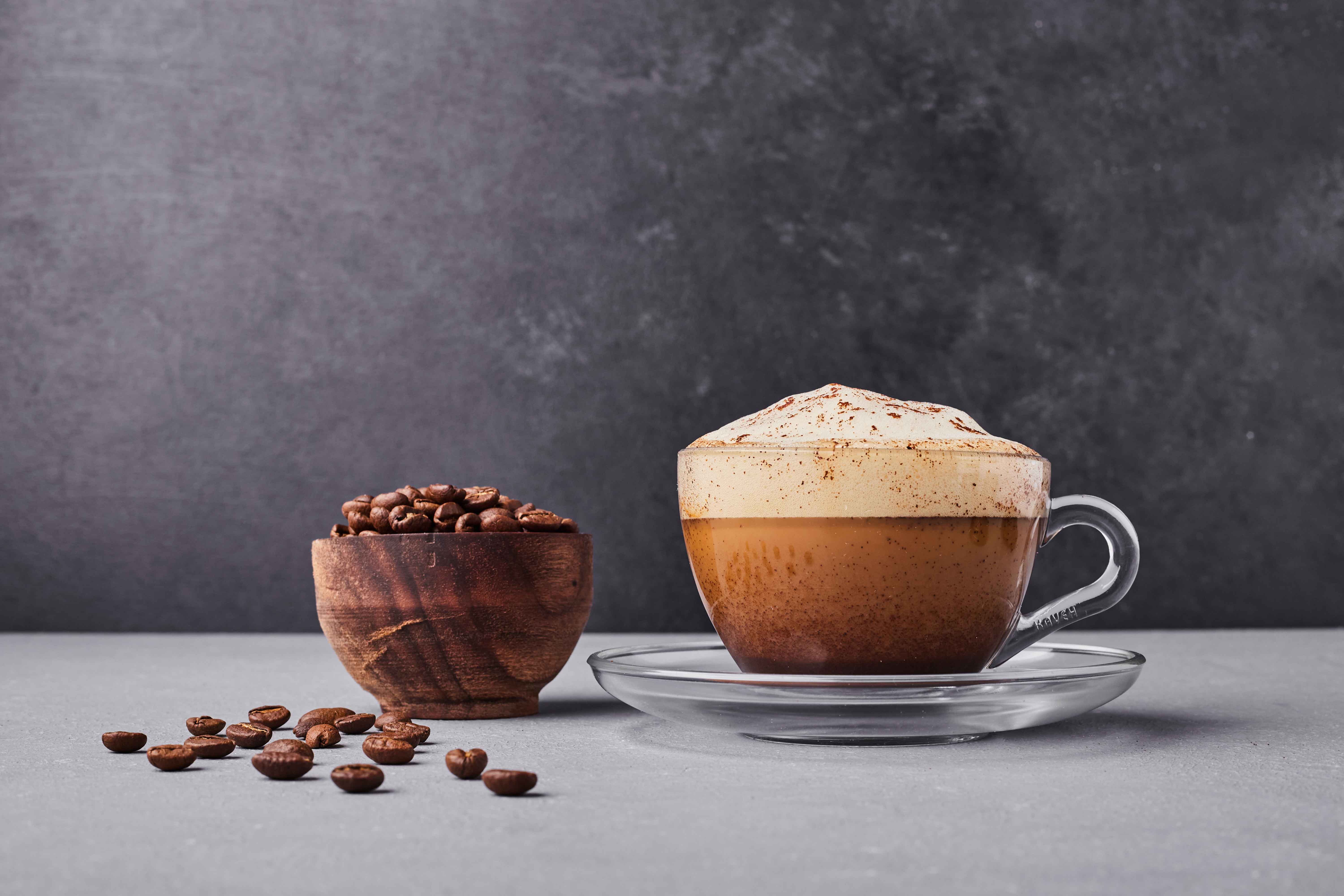 Coffee is one of the most widely consumed beverages worldwide, loved for its aroma and flavour but also for its energising effects. We first started drinking coffee as early as the 10th century and now consume over 2 billion cups a day. These high levels of consumption mean that lots of research has been done to see the potential health effects that coffee can have – both the good and the bad. Here, I break down some of the latest thinking on coffee, including on FoodMarble’s favourite subject – gut health.

Coffee contains many compounds, each with different effects on the body, but the most widely known and investigated is caffeine. Caffeine is known as a psychoactive substance, which is something that can affect the brain and cause changes in mood, awareness, thoughts, feelings, or behavior.

The stimulating effect that caffeine has on our brain is due to its effect on adenosine – a brain hormone that gradually builds up in our body when we are awake and makes us feel sleepy by the end of the day. Caffeine blocks the function of adenosine and increases activity in your brain while also releasing other neurotransmitters like norepinephrine and dopamine. This reduces tiredness and makes you feel more alert, i.e. it puts that pep in your step!

Many studies have confirmed this boost to brain function, but it is only a short-term effect and if you drink it every day, the effects become less powerful. Sensitivity to caffeine also varies among the population and for some it can have a stronger effect than in others. For example, the stimulating effect of caffeine on the brain can induce feelings of anxiety or interrupt sleep. Most people should be able to enjoy some caffeine and reap the mental benefits so it’s all about finding your unique tolerance level.

Coffee has gained some attention for the fact that it appears to be protective against developing type 2 diabetes. Type 2 diabetes occurs when blood glucose becomes too high as not enough insulin is produced by the body, or when insulin is not working properly. It’s a disease that affects over 450 million people worldwide.

Studies have stated that when compared with non-coffee drinkers, those that drank 6 cups of coffee a day reduced the risk of developing type 2 diabetes by 33%. Another showed a 30% lower risk when consuming 4 cups of decaffeinated coffee a day. It remains unclear what mechanism is responsible for this protection against the disease, but the beneficial effects of decaf coffee rule out caffeine and points to other compounds in coffee.

The liver is an important organ that is involved in removing toxic substances from your body, as well as in digestion. There is increasing evidence that coffee can have a protective effect against liver diseases such as cirrhosis (scarring of the liver) and cancer.

One review showed that coffee consumption was associated with a 39% lower risk for liver cirrhosis versus those who drank no coffee. (2) When looking at liver cancer, a 40% lower risk has been seen among coffee drinkers.

The evidence is growing around the protective effects of coffee and the liver but there is still not enough data to make recommendations on its consumption to reduce the risk of developing such diseases.

Several studies have shown that coffee consumption is associated with a lower risk of Parkinson’s disease. Parkinson’s is the second most common neurodegenerative disease and is caused by the death of dopamine-generating neurons in the brain.

Caffeine appears to have a protective effect through its interaction with adenosine and also by activating pathways that prevents death to these cells. Studies have shown a 25% to 60% decreased risk of developing Parkinson’s with regular coffee consumption.

Studies have shown that regular coffee consumption may lead to higher levels of cortisol in the body. Cortisol is known as the “stress hormone” but in fact it’s an important hormone involved in many regulatory processes such as the immune response or metabolism. Higher levels of cortisol over a long period of time may cause some health issues like weight gain or anxiety.

In saying this, regular coffee drinkers tend to adapt to this response and can reduce this increase in cortisol levels. Also, there have been no long-term studies on drinking coffee and the health implications of higher levels of cortisol.

Coffee as a gut irritant

As mentioned above, caffeine has a stimulating effect on the brain, something which may also be true for the digestive tract. An increase in contractions in the digestive tract may be why many observational studies have stated that for some individuals, consuming a cup of coffee may bring on an urgent need for a bowel movement.

Coffee has also been pointed to as a potential trigger for acid reflux or heartburn. Acid reflux is a burning sensation in the chest caused by stomach acid travelling up towards the throat. That said, while some people have reported that coffee may aggravate heartburn symptoms, the research is inconclusive.

Better quality studies are needed before making any sort of general recommendations about restricting coffee intake. Instead, if you feel it may be contributing to your gastrointestinal symptoms, then consider reducing your intake and see how you respond.

So how much coffee can I drink?

As with most things, moderation is key. For the general population, up to 400mg of caffeine should suit most people. That’s equivalent to about 3 to 4 cups of coffee. If you are pregnant or breastfeeding, then it’s recommended to stay below 200mg of caffeine daily.

Again, some people are more sensitive to caffeine and find that 3 or 4 cups a day might interrupt their sleep, cause GI issues or possibly bring about feelings of anxiety so it’s always best to listen to your body and adjust your intake accordingly. 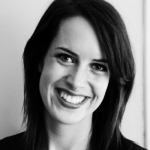 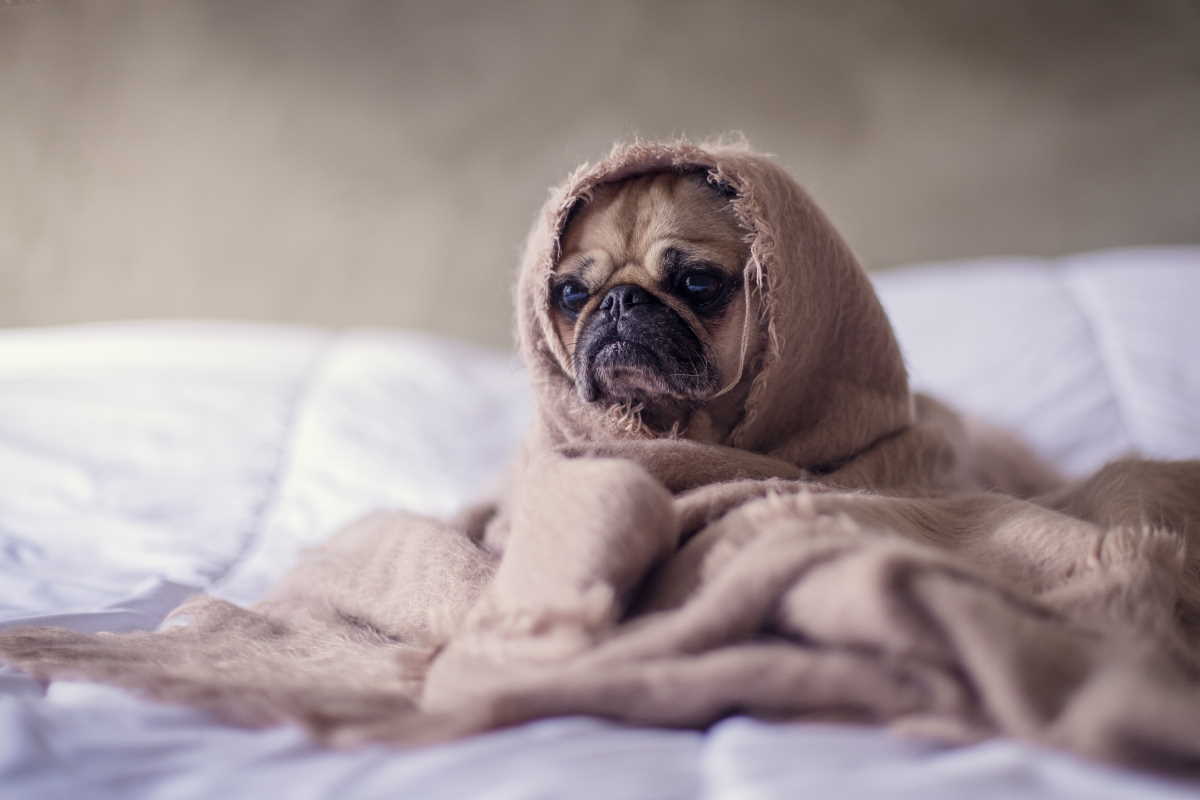